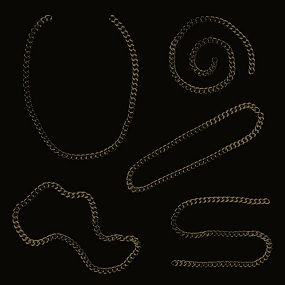 The follow-up to last year's Interior, will be released on June 11 via Berlin’s Braid Records and features his previous singles "Wie Ein Gott" and "LEBEN OHNE LICHT". Pre-order your copy here.
Though the hallowed halls of Berlin’s nightlife excess now sit cold, the sounds that once haunted their depths beat ever onward, and colder still. Birthed in these hushed plaguelands, XTR HUMAN’s new full-length G.O.L.D evokes the frozen melancholy of a post-pandemic city, driven ever onward by the impetus of night’s primary currencies: sweat, release and change.
The latest full-length from Johannes Stabel, G.O.L.D finds the German producer evolving as much as the rest of the world has had to. Taking his political and socially conscious lyrics into his native tongue brings a deeper and more powerful thrust to their weight—particularly at a time when Germany is weighing its own social consciousness after years of being seen as a leading world figure.
Across G.O.L.D’s ten tracks, Stable brings our zeitgeist into a new realm, where the anger and frustration at our current existence is refined into the energy that fuels our engines, that primal desire always amplified during times of social upheaval—the desire to move your body.
Many of the songs delve into Stabel’s own experiences as a German, from explorations of the Deutsch mentality of persistent fear to tackling the fake news, jingoism, racists and coronavirus deniers on hypnotic bangers ‘Dark Germany’ and ‘Dieser Klang’; issues just as prevalent in Germany as in the USA and UK.
Yet each song carries just as much weight on to the dance floor, melding driving EBM bass with soaring synthlines and coldwave atmospheres that dispel the tenseness that such heavy topics imbue, in favor of intensity and beauty. Influenced by the pop hooks of Austrian New Wave legend Falco, G.O.L.D never neglects its danceability and HD club accessibility, no matter how heady the lyricism. ‘Starker Junge’, a dissection of toxic masculinity, drops down onto the listener with sparkling synths and razor-sharp guitar, while capitalist critique ‘Fleisch’ is a pogo synthpop anthem that could send any floor into a twirling frenzy.
Wrapped in darkened beats and political ideals, G.O.L.D can’t hide the light that emanates from within its glistening, imminently catchy hooks and groove-laden rhythms. In a time where the dance floor sometimes seems like a distant memory, it’s the perfect philosopher’s metal to transmogrify your existence.
G.O.L.D tracklist:
01. Leben ohne Licht (ft. Luca Gillian)
02. Wie ein Gott
03. Fleisch
04. Exzess
05. Angst
06. Maschine
07. Dark Germany
08. Starker Junge
09. Dieser Klang
10. Keine Heimat