New Visage Album 'Demons And Diamond' To Be Released Next Month 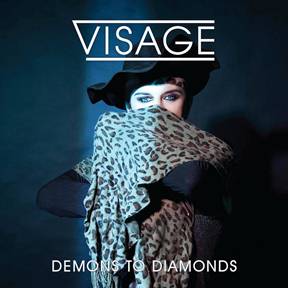 'Demons To Diamonds', the fifth and final studio album from 80s New Romantic pioneers Visage will be released on November 6th.

The album's title was chosen by the family of the late Steve Strange, and will feature the studio songs that Strange was working on with Visage prior to his untimely death in Feb 12th 2015.

Steve Strange and Visage began working on their follow up album to 2013 'Hearts and Knives' album in spring 2014. With over 15 songs written and scheduled the band had recorded just over half when Steve sadly died. After the shock of losing their leader the band rather than leave the album uncompleted decided to persevere and complete the album.

The artwork is by a very close long term friend of Steve, Rude George.

All Royalties from the album to be donated to the newly formed Steve Strange Statue fund which will establish a permanent and lasting memorial to Steve Strange and his musical, style and fashion legacies.