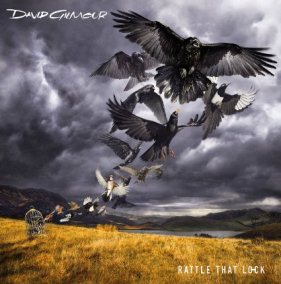 The follow-up to 2006's On An Island, will be out on September 18 and is available to pre-order here.

According to Rolling Stone, most of the album's lyrics were written by his wife, writer Polly Samson, with some additional help from Roxy Music’s Phil Manzanera.

The Title track, "Rattle That Lock", begins with the four notes, created by Michaël Boumendil, which precede announcements at French SNCF railway stations which David Gilmour recorded on his iPhone at Aix-en-Provence station. Polly Samson’s lyrics are inspired by Book II of John Milton’s Paradise Lost, which features in her recent acclaimed novel, The Kindness. The single also features The Liberty Choir and singers Mica Paris and Louise Marshall.

Check out the album's tracklist and Stream "Rattle That Lock" below.