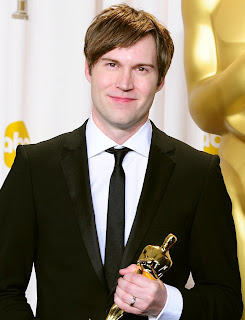 With Stellastarr*, Christensen released three albums between 2003-2009 and are currently on an indefinite hiatus. Now, the director/writer has focused on his film career, in 2011 he wrote the  movie Abduction starring Taylor Lautner and last Sunday he ended up winning the Academy Award for Best Live Action Short Film for his 2012 movie Curfew.

Curfew tells the story of a depressed man who is asked to take care of his young niece, and sees Christensen play the lead role as well as writing and directing the movie.

In a recent interview, when asked about if the band is still active, Christensen said: "We never officially broke it off, but we don’t rehearse or make music, at least right now… When I signed a record deal [in 2003], I was an aspiring actor, and I was just booking commercials and I was represented by a couple agencies, and that was what I was going to do. When Stellastarr* happened it was kind of the thing where life happens when you’re making plans, so I was in a band for a while, and when I was on tour with the Killers – they were opening for us, no one knew who they were yet – I could see that they were a great band and that they were going to be huge … and I could see that we weren't. So, I started dabbling back into film again and writing screenplays and a couple of them sold. That's kind of how I got into filmmaking. Now I’m not so much into filmmaking; I’m into directing."
Publicado por KOOL ROCK RADIO en Wednesday, February 27, 2013