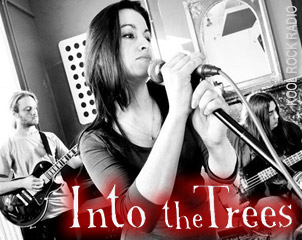 Their sounds explores the collision of constructed soundscapes with an underlying narrative line which has been described as a "shoegazey, ambient yet lofi sound" and frequently featured highly in the local alternative charts.

They are currently working on new tracks, looking forward to forthcoming releases and live performances in Brighton and London this year.

*Into the Trees' beautiful and emotionally charged 5-Track 'First Light' EP, is now available through their reverbnation page.